NEWSLETTLER FOR THE MONTH OF APRIL 2015.

Greetings from Miryante! Hope you’re all fine. Lots of updates here in Miryante. 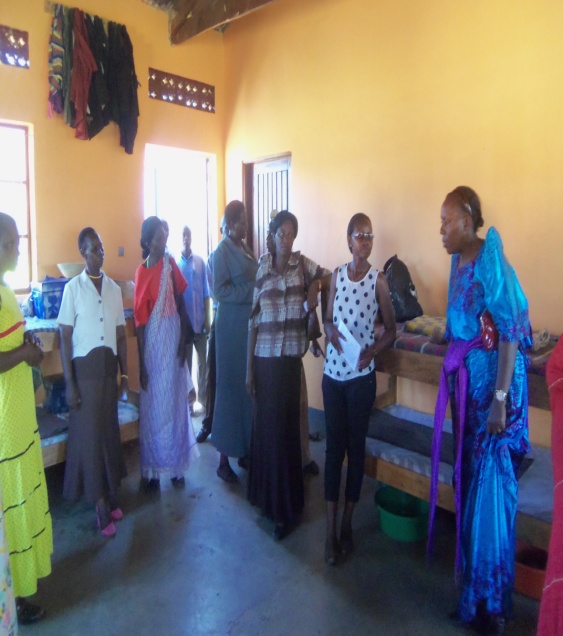 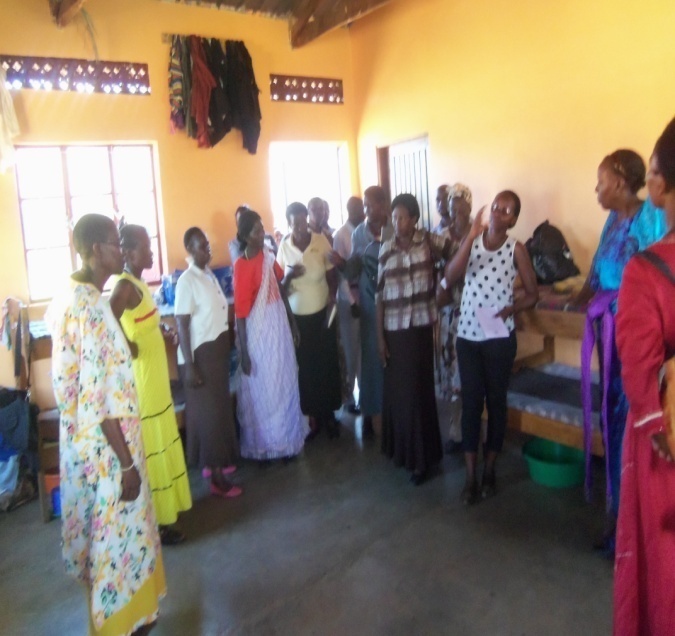 Before the women leaders talked to the children. They first moved around the home to see how the children sleep. 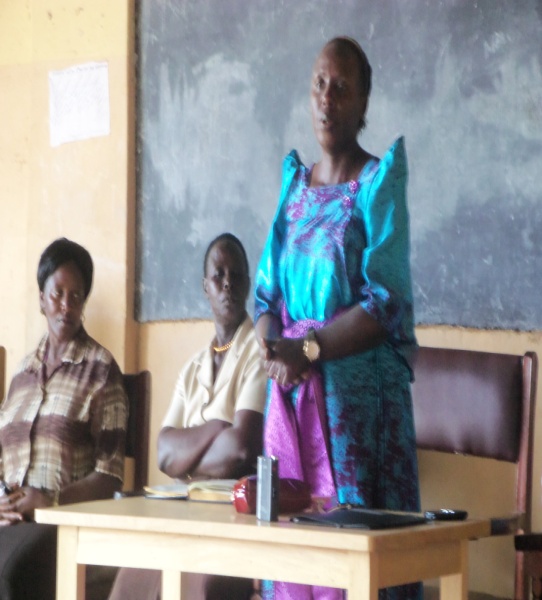 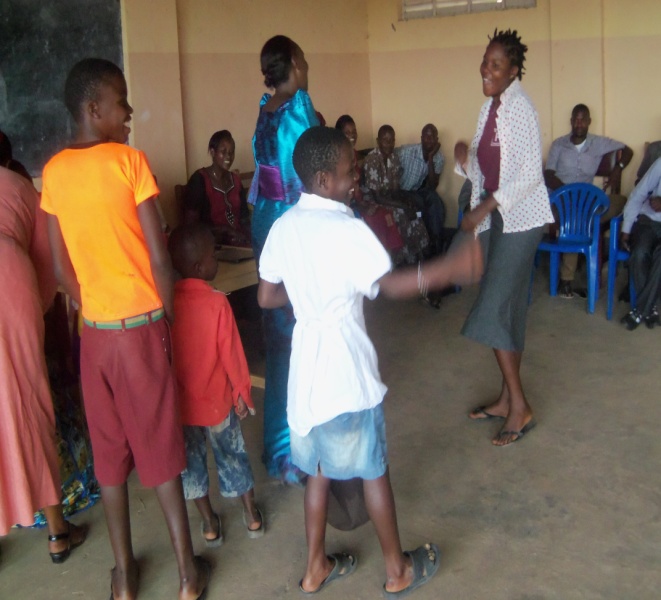 The woman Member of Parliament addressed the children then later dressed them up and she opened up a dance with them. 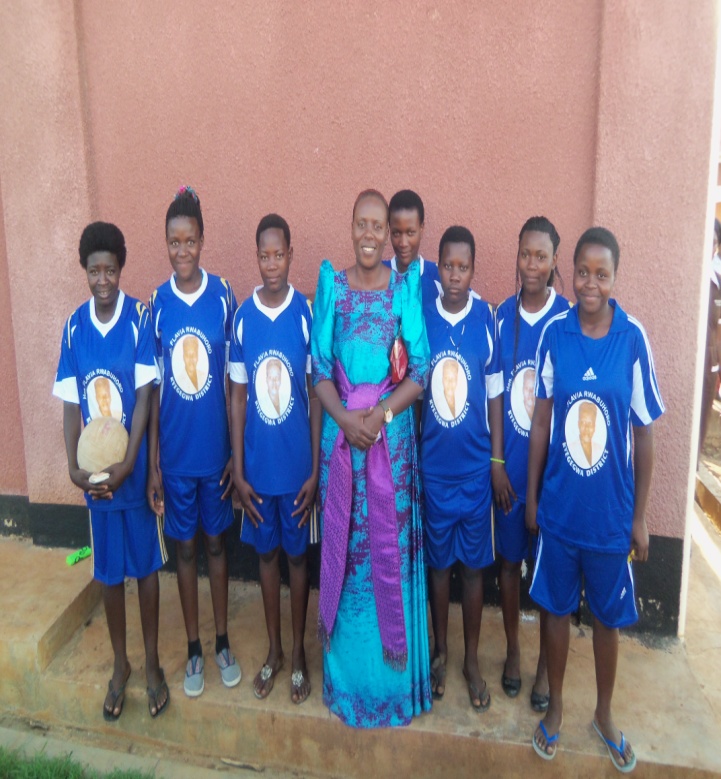 The girl from the technical school on the sports wears donated by the woman member of parliament.

It was a colorful day. The children and the community around the home were all filled up with joy. The visit took place on the 10/4/2014 in the afternoon. This day was first of its kind in Miryante to host a big political leader of this kind. It took us two months to organize for this day and we are so grateful that it took place. We are so grateful for our Woman Member of Parliament who played a big role in this. The children were filled up with joy. The children had time to dance for the first lady and later she addressed the children and other guests. In her speech she first thanked the children, staff members and the board members for keeping the place very clean and later she thanked us for the good work done in the place and also the good works we are doing in the children’s lives especially by giving them the skill that they will use when they leave the home. She later thanked the donors that are supporting the home for this noble cause and also the Catholic Church for starting up such a project especially the Bishop. Below are the pictures! 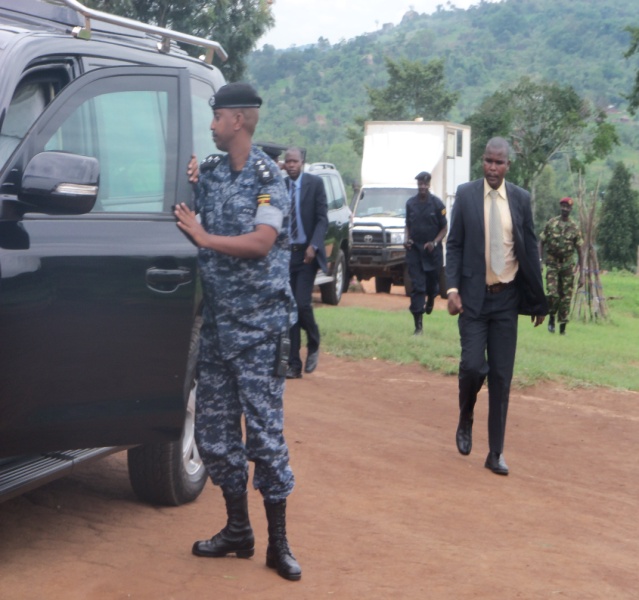 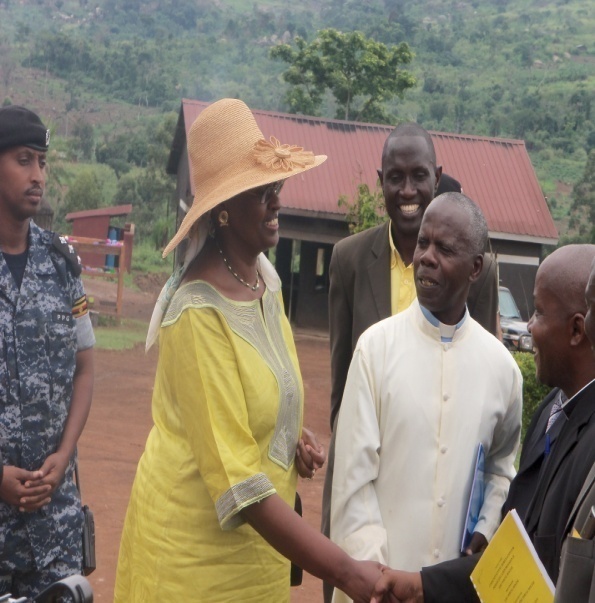 The arrival of maama the first lady and then later the Director received her and introduced the board members to the first lady before moving around the dormitories to see how the children sleep. 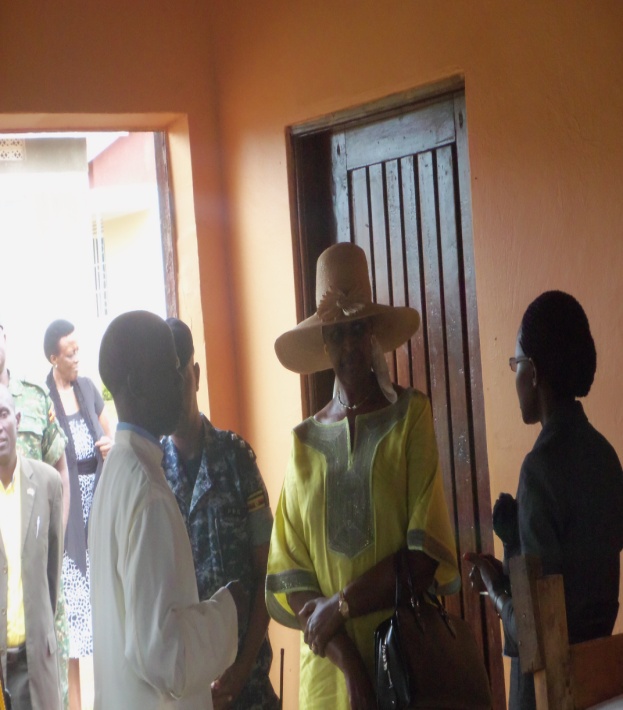 She visited one of the girls’ dormitory that is St. Francis and she loved the arrangement of the beds in there. 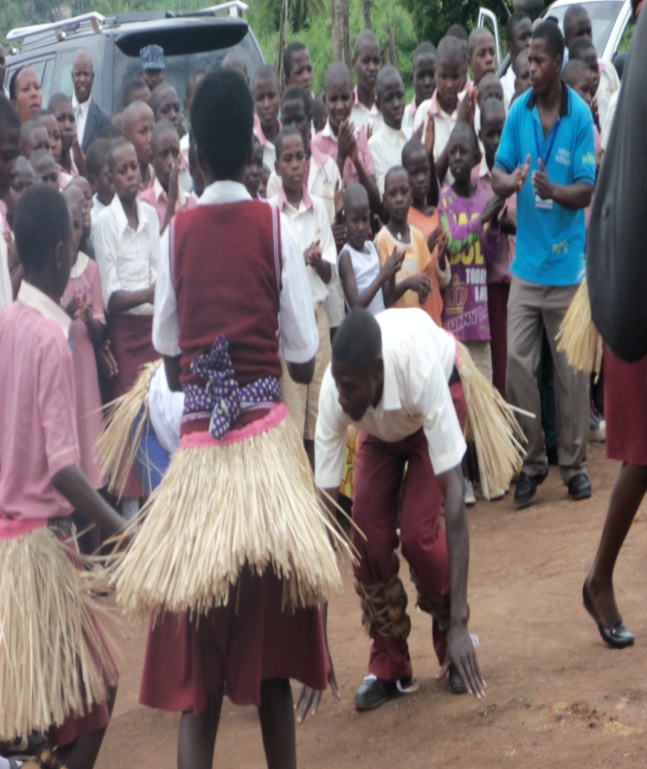 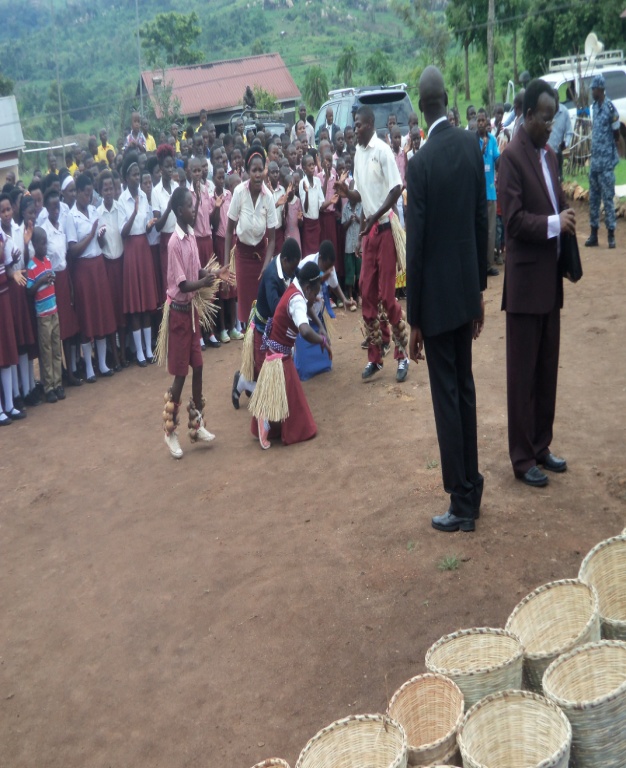 The children entertaining the first lady and other guests 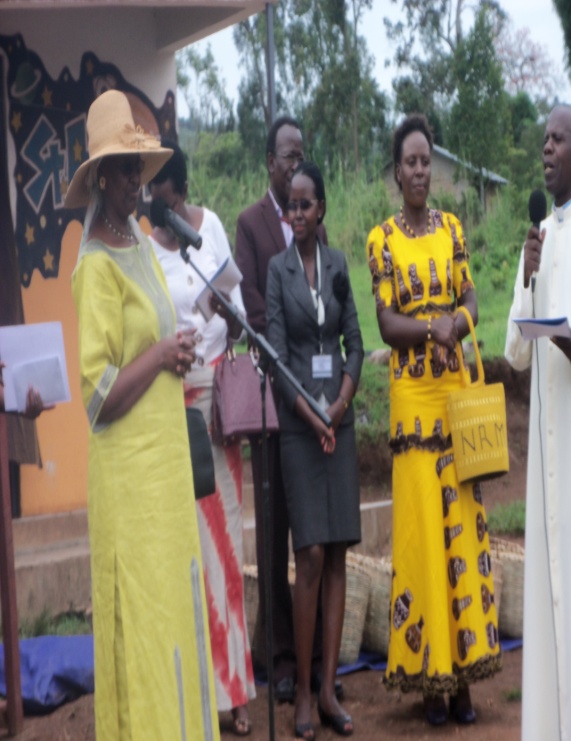 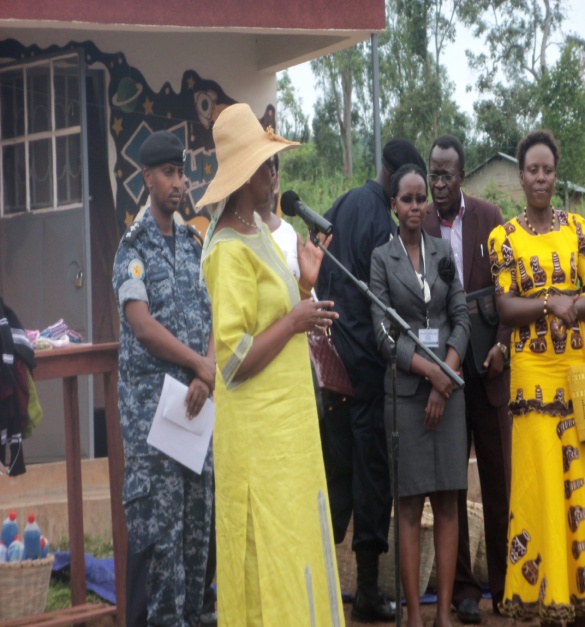 The director opened up with the speech giving the first lady and the other guests the history of the place, what we do with the children and how we get them and later the first lady addressed the children and a few guests from the community we had invited to attend the ceremony. In her speech she mentioned the things she had donated to the   children which included: 100 blankets, ten saucepans, 100 mosquito nets and 2millions to buy to cows that can give milk to the children. 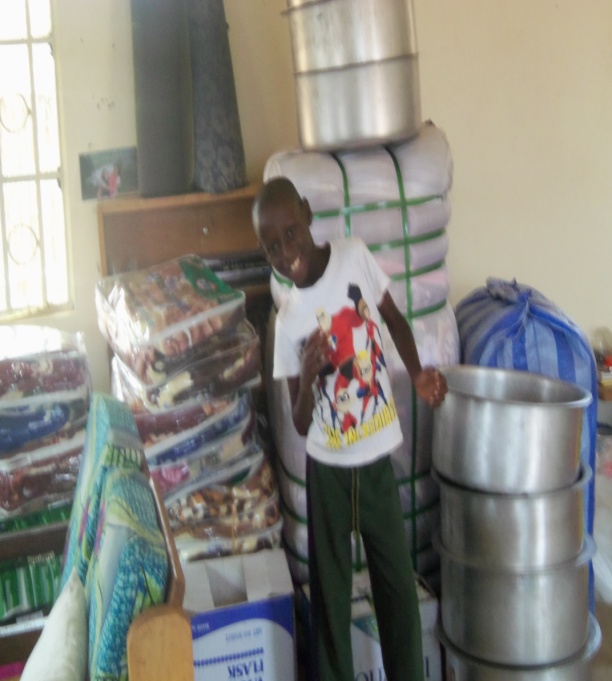 Peter pausing in front of the gifts from the State house.

Our new Taxi started working last month. We extend our thanks to Laura and the other donors especially Jon and Shawn who have played a very big role in sustaining the project. Laura has played a very big role in looking ahead for the project. We started on this late last year and we are grateful for this achievement. We now have two Taxis working in Kyegegwa to Kampala. 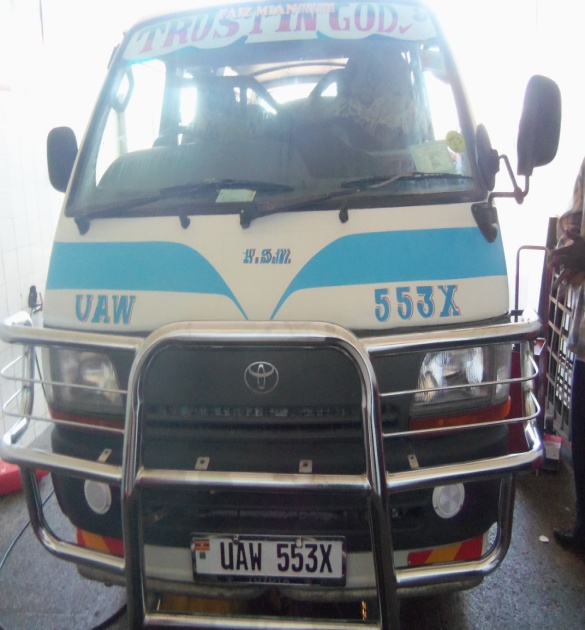 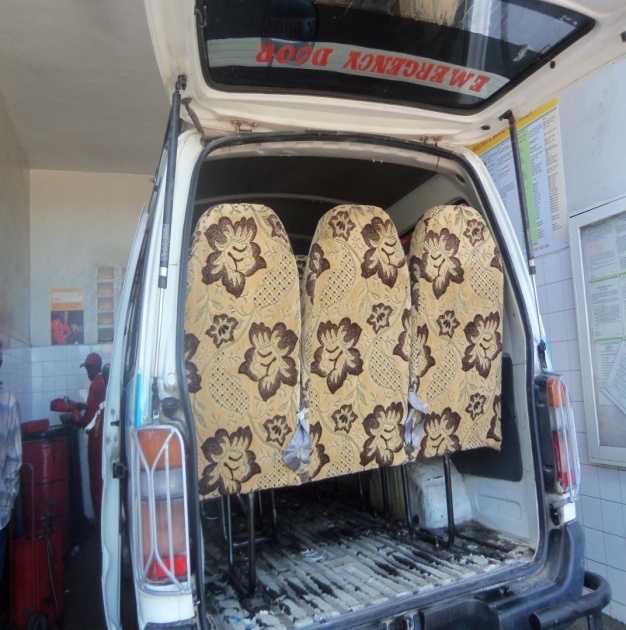 Front and the back of the taxi

We have started on a coffee project this year. We were given 6,000 coffee seedlings and we are expecting more 4,000 because we applied for 10,000 seedlings at the district. Since this is a short season we have planted very few and we made a bed for the remaining coffee seedling such that it can be planted the coming season of August which is long. We are so grateful for our District that is Kyegegwa District for the grate support so far in this year and we are expecting more in the coming season. 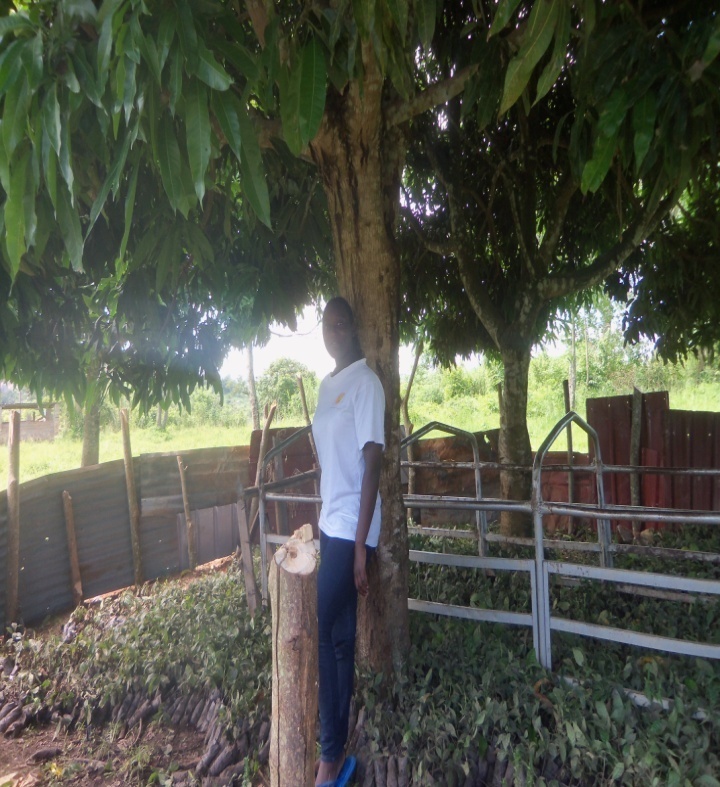 Our agriculture officer in the coffee necessary bed that we made.

The children are in good health. Their performances were good in school. The children who go to King Solomon secondary school performed very well which was so encouraging to us. The ones that go to the Technical school most of them are leading in their courses. The little children who go to the primary in Migogwe also performed well. During this holiday the children are doing a lot of work at the home. These include different vegetable gardens including a play ground for the little children. 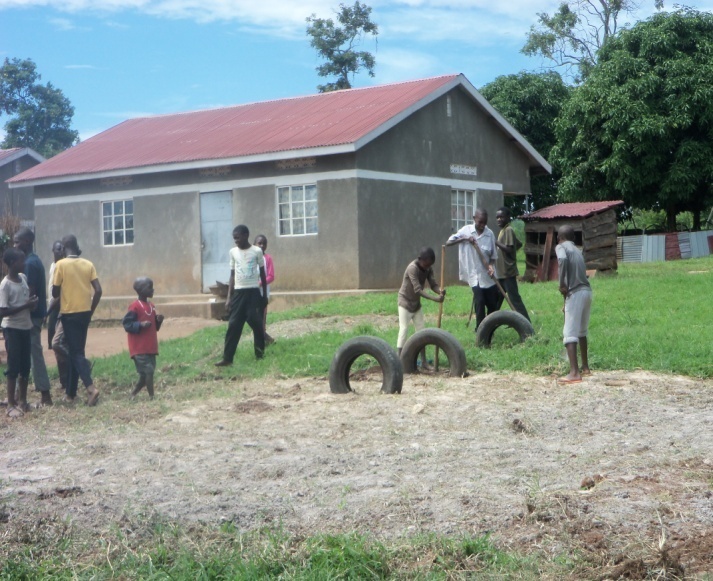 Play ground for the young ones.

We are glad to inform you that this year 2015 the turn up at the vocational school is good. We have 75students and we are expecting more children from the community to join this coming term of the year, our target is to have 80students by the end of the year. The term closed on 24/4/2015 and the children performed well. We have introduced different activities to make the school so active like games, debating club and etc. We closed up the term with a party welcoming the first years and the leadership body of the school. 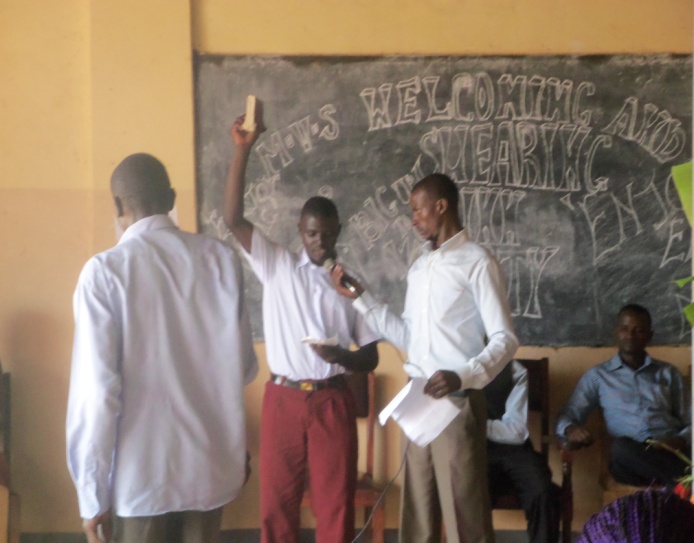 The function started with the swearing-in of the students’ leadership body. 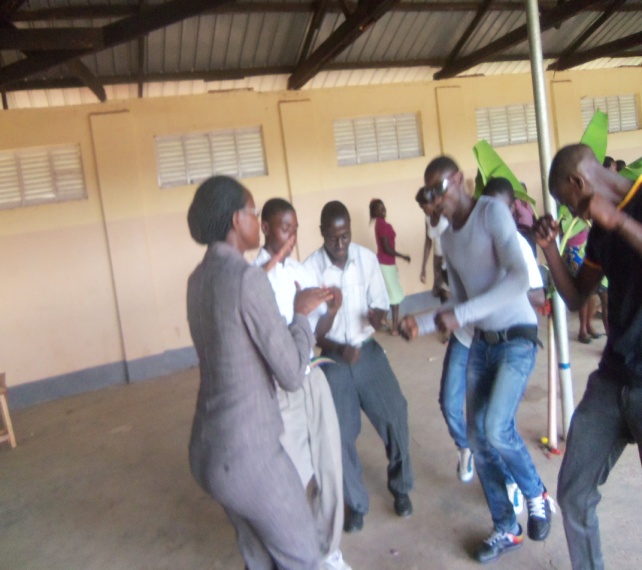 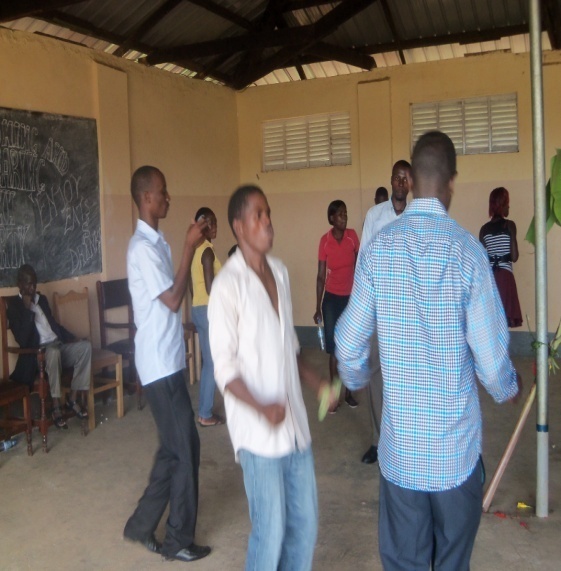 The children had fun and the staff. We did this to encourage the other young children to have interest in the technical education. 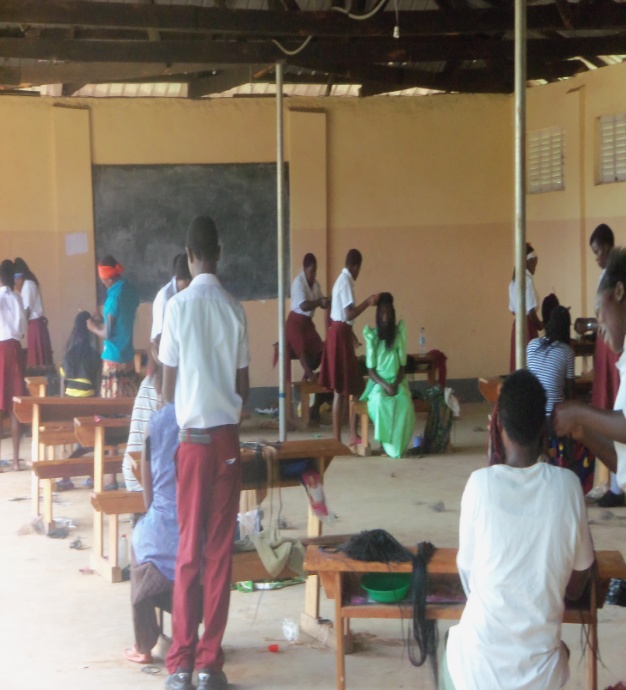 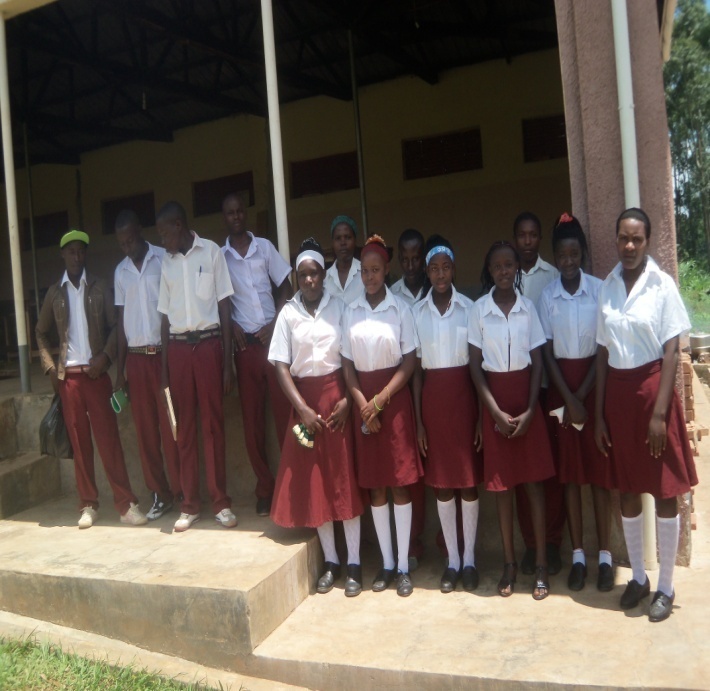 Hair dressing students during exams and after exams.

We are up to 18 cows. One of our cows gave birth and the piggery has also grown big. Animal husbandry projects are a great way to teach kids responsibility and the importance of having something to take care of.

Thank you for all of your support and may God bless you and your families,

Director and all the staff and children at Miryante!!!!