When she was in senior two her aunt was no longer able to take care of her and she was forced her to join Miryante Orphanage. When Fiona passed away She was in senior Five at King Solomon College-Kyatega. Fiona was interested in football.

She came to Miryante on May 14, 2015. She loved to debate and she was in the Miryante debating club. She wanted to become a Nurse in the future but unfortunately her dream did not come true.

In November 2017, Fiona suffered from skin rush which started from her ears and later spread all over the body. She was treated from Miryante clinic which referred her to Kyegegwa Health Center IV and her all tests showed negative results which confused the doctors who referred her to Mubende Health Unit and they also found out that her conditions were beyond their understanding which forced them to refer her to Buhinga Referral Regional Hospital in Fortal Portal where she was admitted for some time.

While in Buhinga Referral Regional Hospital, Fiona started complaining of stomach pain and started vomiting blood which scared the doctors and they made for her a referral to Mulago Hospital in Kampala. While at Mulago, Makerere Research Students discovered that Fiona had a weak immune system which could not fight bacteria from reaching her body. This resulted into the bacteria to fight with other foreign bodies that resulted into skin rush. She started getting medication and her condition improved. Because the aunt was staying in Moyo District she went with her because she needed serious attention. While in Moyo District there was a great improvement.

Early September this year Fiona’s conditioned worsened, she was taken to Moyo Hospital where she spent two weeks and unfortunately on 18th September 2018 we lost her life.

Unfortunately Fiona was born alone in her mothers’ womb and she was only survived with her aunts and her grandmother.

Fiona was well-loved and we miss her terribly, but we know that she is with God. Please join us in prayer for friends and the family who are missing her. 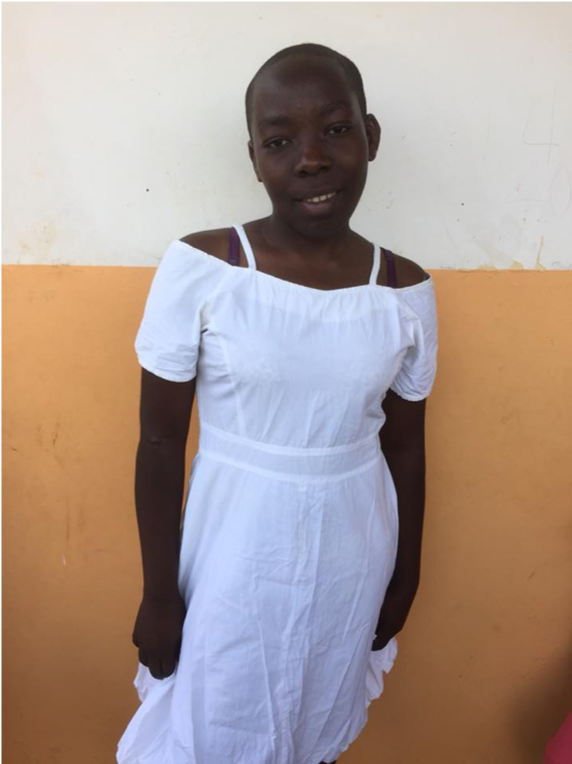 Please keep us in your prayers during this difficult time.