We recently lost one of our children, Docus Sincere, and we would like to take a moment to remember her and reflect on her life. 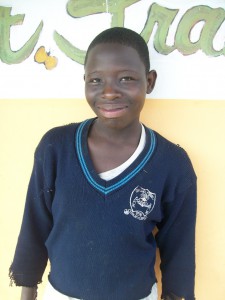 Docus Sincere was born November 15, 2000. She was born in the village of Kyakabamba within Kyegegwa District. Her father died in an accident and her mother was unable to care for her due to a disability. Prior to coming to Miryante, she completed the 5th grade at Kisinda Primary School. Her major interest as a child was athletics. Although she did not often dig in the garden, she was very good at helping others in the house with chores such as cooking and cleaning and caring for the younger children.

She came to Miryante on September 2, 2014 because of the death of her father and the inability of her mother to care for her. Her family did not have a permanent home and was moving from place to place. Once she came to Miryante, she lived in the St. Mary’s dormitory. She was in charge of mopping the dormitory and would help out with digging in the gardens with the other children. She was a great help to the nurse and was one of the children who helped to take care of an infant Miryante temporarily took into its care in 2015. She was always quick to help with work and always had a smile on her face. She loved to dance and was in the Miryante Choir. She was also an avid netball player and was described as one of the best players on the team by her friends. She wanted to be a nurse when she grew up. 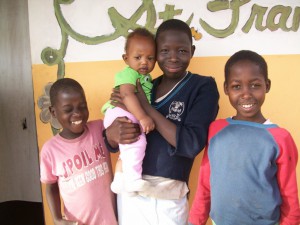 Children are encouraged to go home to visit their extended families during their school holidays. Docus returned home to visit her mother, aunts, and uncles in December 2015 after Christmas with her brother and sister. While she was home visiting her family she became severely ill. She was diagnosed and treated for typhoid, but did not respond to treatment and passed away while at home with her family.

She is survived by her mother Juliet Rutts, her 14 year old brother Rutto Roger Henry, her 8 year old sister Babara Chebetti , and her 6 year old brother Mubaraka Jonas. All three siblings are now living at Miryante. 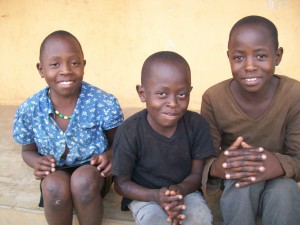 Staff at Miryante describe her as a well-behaved girl. Whenever she was asked to do anything she would accept quickly. She was very good at sharing all of her things with her friends. She enjoyed playing and laughing with the small children. She loved to entertain visitors with singing and dancing. She was also a member of the church choir and was always found singing on Sundays. Her best friend, Doreen Atuhaire, reflects on Docus:
“She was like my daughter. We were always keeping our clothes together. We were always working together. We would do things like wash our clothes, fetching water for bathing, even each and everything. Docus was also good a friend to the twins Nyangoma and Nyankato and Kasende Rachel. Sometimes we would share a bed together. She was always a good girl. If you told her to do something, she could not refuse. During Christmas day we celebrated together with her friends. We enjoyed watching a film together with Kasende, Nyangoma, Nyakato, and me. When it was time to go home for the holiday, we woke up very early and did our usual house work. Then Madam Doreen told us we could go home to visit our families. And Docus told me that she was going home with her brother Roger and sister Barbara. She was not stubborn. She was a good singer, she liked to participate in singing, drumming, dancing. Even church choir. She was a humble girl. Smart girl. And she had kindness”.

Docus was well-loved and we miss her terribly, but we know that she is with God. Please join us in prayers for her family including her brothers and sister and all of her friends at Miryante who are missing her beautiful smile and her helping hands.